So to continue and finish my post about Star Wars Celebration Orlando here are my highlights for Saturday and Sunday.

Things were more organized Saturday and Sunday and less crazy (or maybe I just got used to it ..) We got up at 4:00am to make it in line for Rebels and I was so excited to make it to the live panel!

STAR WARS REBELS PANEL-  I was super excited that I made it to the live panel! I got to see my favorite, DAVE FILONI!!! He is such an amazing guy!! Plus he was wearing a shirt that said “Ahsoka Lives?” The panel was hosted by one of my favorite geeks Amy Ratcliffe. She was joined by the Rebels cast which included Tiya Sircar (Sabine), Freddie Prinze Jr. (Kanan), Vanessa Marshall (Hera), Taylor Gray (Ezra) and Steve Blum (Zeb). The panel was fun and at the same time emotional, specially hearing Dave Filoni mention it was the last season of Rebels 😦 (All the Feels!!!!!).

Mark Hamill- So in the middle of the Rebels panel I had to run because I needed to take my pic with Luke himself, Mark Hamill. My awesome friend was in line while I got to catch 3/4 of the Rebels. I’m not gonna lie I was a little sad that I missed the first episode of Season 4 and the talks about Ahsoka but I got to meet the MAN and that was just an unbelievable experience. He was super nice even though he had seen a ton of people and he was probably tired! Thank you Mark Hamill for making this experience and unforgettable one!

Skirt: Out of Stock-TeeFury (Similar)

Anthony Daniels & Cosplay  If you ever get the chance to go to an Anthony Daniels (C3PO) panel DO IT!! He is such an entertainer! His host was Warwick Davis which made it even better! They were an incredible duo!! Funny, energetic and really good sports! Plus Anthony Daniel looked so amazing in his super shiny gold jacket!

Last thing, Saturday people went all out with their cosplay! Kinda made me a little jealous that I wasn’t cosplaying my Ahsoka! I took a bunch of pics, here are some of my favorites! (A lot didn’t come out good so I couldn’t post them all) 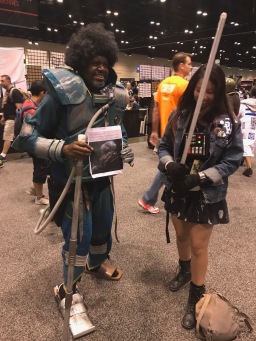 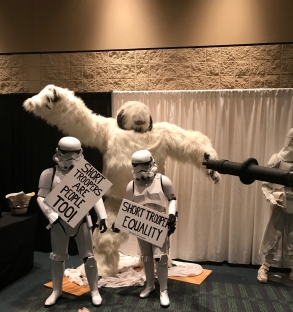 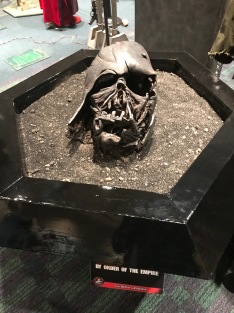 SHOPPING!! I finally had a day where I was able to explore the Exhibition Hall and shop for some Funko Pops, Legos, pins and other exclusives! I couldn’t go crazy and a lot of things were sold out but still had some good finds and was excited about it!

I wore my Ahsoka Outfit!  I’m always excited to find Ahsoka outfits, I had this one for a while and was excited to finally wear it to a convention. Since I do SaberCombat at SaberCraft I try to look for activewear that is also Geeky of course and I always try to look for Ahsoka first! You will soon see she is my favorite!! I was excited about these leggings I found at RedBubble and have used them in different ways (Recycling outfits is the best)! I paired them with this cute shirt also from RedBubble. I also wore my jacket from HerUniverse with my collection of pins and patches! (the convention was so cold)

Ahsoka Leggings- Out of Stock (Similar) 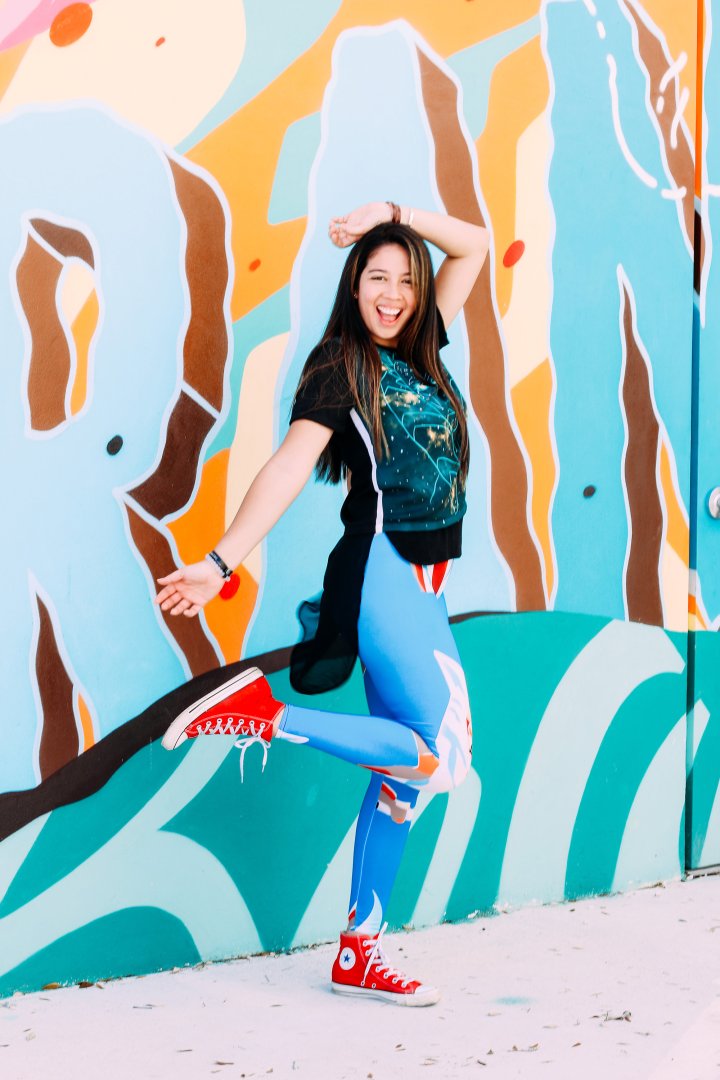 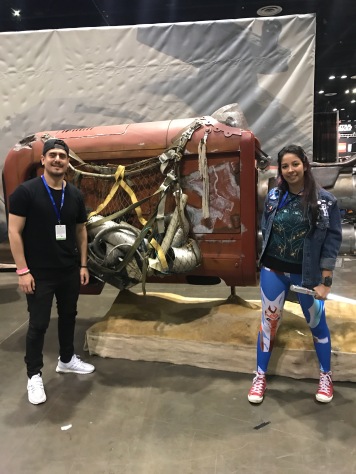 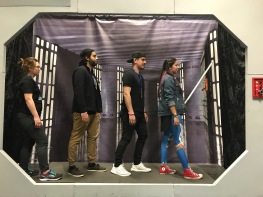 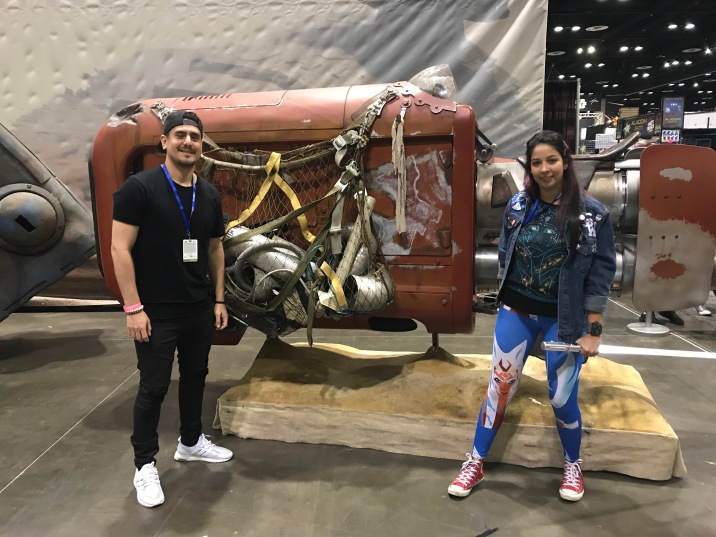 MAY THE 4TH BE WITH YOU!

Hi Everyone, my name is Ana & welcome to my Geeky Liife! I'm passionate about Geek fashion and Star Wars! Hope you enjoy my site! May the Force Be With You

I’m happy to be part of the Geek Fashion Blogger Alliance. A group set on forming a positive alliance + a community of geeky fashion bloggers. Find our group on Facebook