So this is the post that has delayed me from publishing my blog! I love the Star Wars Rebels and  the Clone Wars series. I’ve watched Clone Wars around 5 times from beginning to end. I don’t want to say I am reviewing the episodes because I believe they are all great but wanna give my reactions and thoughts. I’ve had friends ask me for opinions or ask me what episodes to watch so I started writing about it. I will soon post more reviews but since Star Wars Celebration just finished and there is so much to discuss about Rebels I want to get started!!

I am starting with a quick look at some of my favorite parts from Season 3 of Star Wars Rebels!

Episode 1-
It starts with Steps into Shadow which was a great 2 part opener for the season. Loved how it started with Ezra using the Holocron and being so confused. It makes you question if Ezra will choose the Dark Side.

Another great moment is

Kanan meeting Bendu! Bendu is this amazing Force wielder creature that helps Kanan realize that he is in fact a Jedi Knight! That he doesn’t need his sensor marker or his eyes to see. That he is able use other senses instead. Bendu becomes such an important character for Kanan and Rebels in general! Plus if you watch the trailer for The Last Jedi there is a part where they show what it looks like a Temple underneath some rocks or roots that are very similar to Bendu. 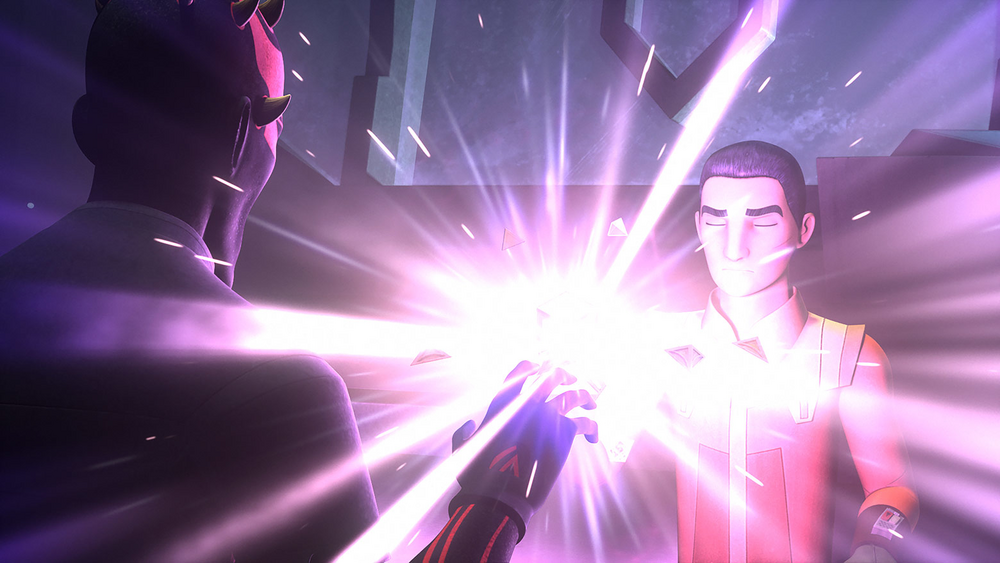 In Episode 3 we have the return of Darth Maul. He is looking for the holocrons in search of his fate! I love how we still see Darth Maul frustrated and desperate looking for hope and companionship specially in these moments still calling Ezra his “apprentice”. Also seeing how Kanan is able to see them in that moment (reminded me of Daredevil) was rad!

I loved how this episode showed Hera’s family history. We had seen her father in Clone Wars (Season 3) and loved how they brought him back still fighting. Also really enjoyed seeing how Thrawn works and how he is so careful and studies each of his opponents. Knowing their weak points and making sure they know who they are up against. 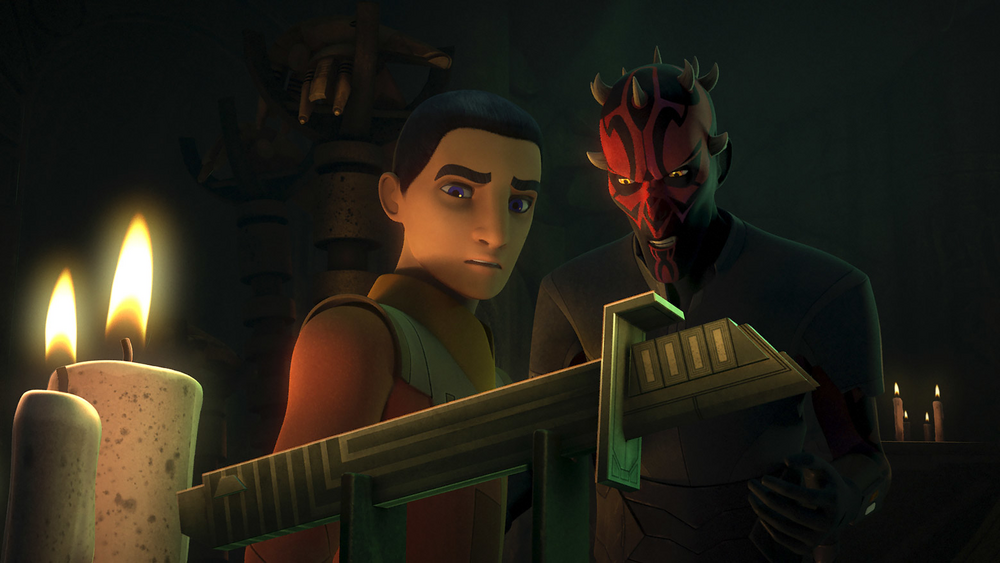 This is one of my favorite episodes of the season! I can write a whole post just about this episode. It was incredible!! The effects, the acting, the night sisters as spirits plus the DARK SABER!! This was the beginning for a lot of what happens next in the season and really what is yet to come! 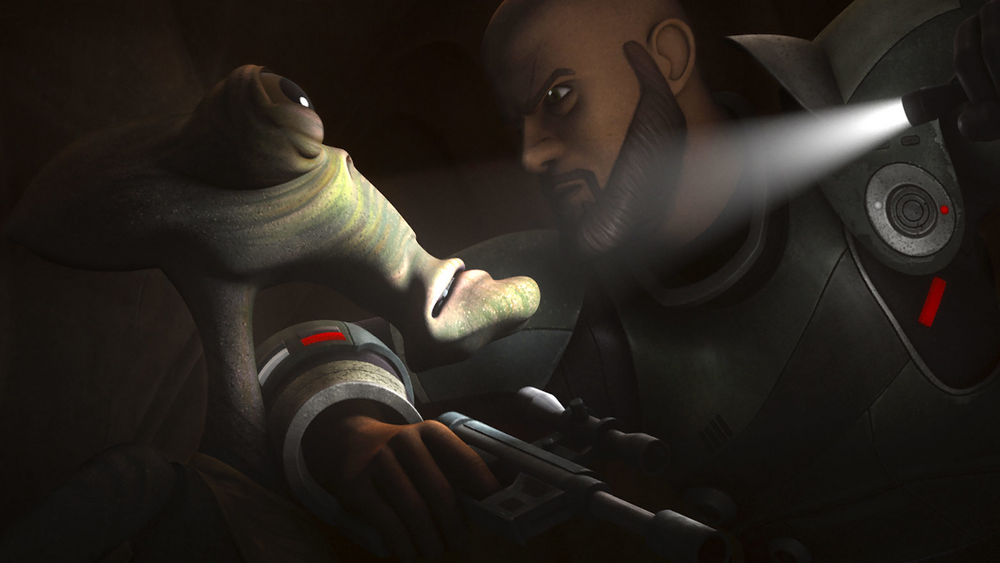 These episodes were intense!! They were released right after Rogue One premiered and they brought back Saw Gerrera. We had last seen him before in Clone Wars after that sad episode where he lost his sister and didn’t see him back till Rogue One. In Rogue One it was shocking to see how he looked so different!! After I watch the movie I went back and watched the Clone Wars episodes with him and wanted more so I’m glad they are giving us the story of Saw after Clone Wars and before Rogue One. We start realizing that Saw has changed and battle took so much life out of him. We start seeing his frustration, the short temper and the hate against the Empire. 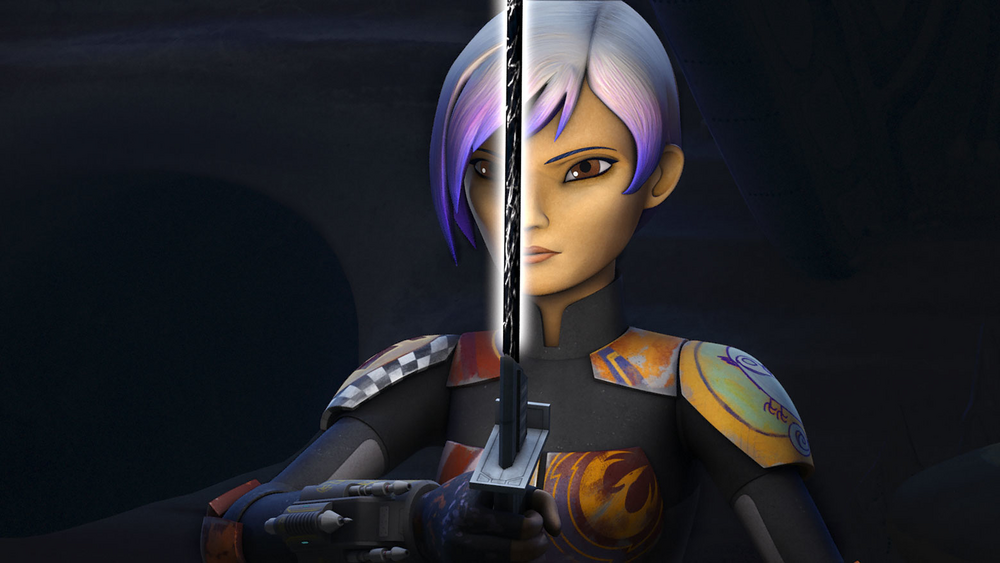 Another of my favorite episodes!!!! (Expect a post just about this episode too! )  This episode showed us why we love Sabine so much! It was such an emotional episode for her. We saw another side of her that I (personally) was dying to see. Sabine went through training and at the end it was beautiful to see how she let go and opened up! 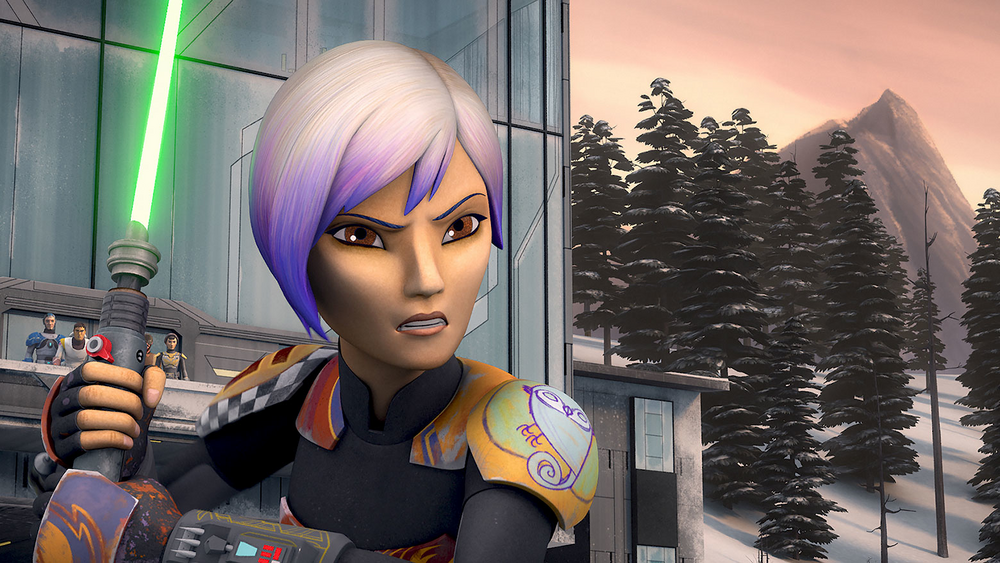 First of all this Episode was BEAUTIFUL!! The surroundings, the Mandalorian base, etc.. It really felt real and the snow gave it a beautiful touch! Seeing Sabines family was awesome, even though at first I hated her mother! Seeing Sabine defend her family and how she handle the Dark Saber was incredible! This episode really showed us what a long way Sabine has come. 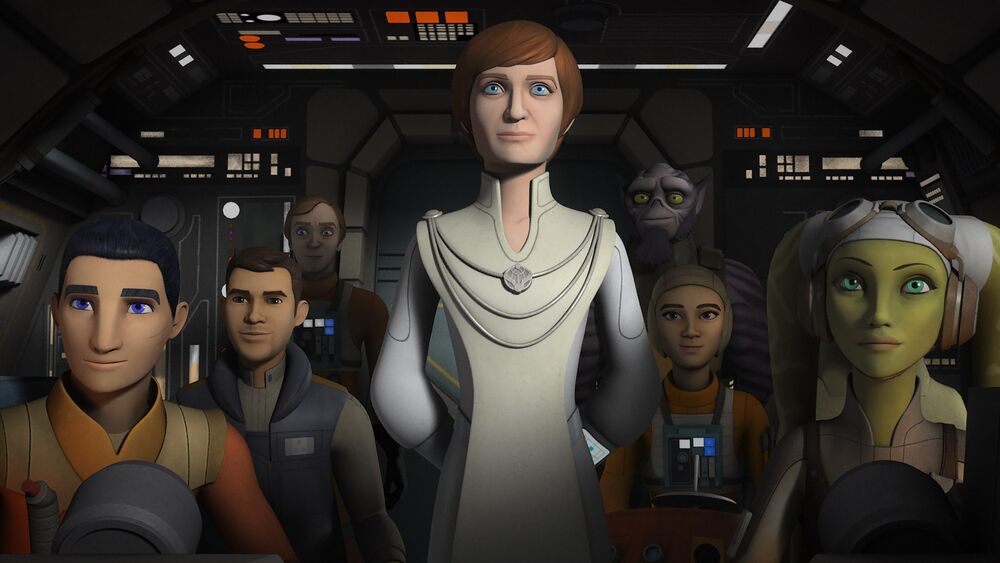 MON MOTHMA!!!! Wow this episode is really the beginning of the Rebel Alliance!! That ending is phenomenal! I loved every part of this episode and seeing how Mon Mothma is finally becoming that leader that isn’t afraid of anything! Even talking like she did about Chancellor Palpatine! She is the BOSS!!

Another episode that deserves just one Blog post about it!! One of my favorite episodes of the whole series!!! This was such an incredible episode. The trials of Darth Maul, the beautiful fight, the ending!! Everything was just PERFECTION!!! Yet again another reason why I was soooo excited to be able to see Dave Filoni at Celebration!! Thank you, Sam W. this was such great acting!! You really gave us such a great and beautiful performance of Maul!

That Grand Season Finale! It was absolutely great! Way to end the season! Bringing some old characters back, showing us the incredible power of Bendu, seeing Sabine come to help her crew, HOT KALLAUS (LOL) it was everything!! It really reminded me a lot of Rogue One. There was a point where it all seemed lost and there was no way out!

Hi Everyone, my name is Ana & welcome to my Geeky Liife! I'm passionate about Geek fashion and Star Wars! Hope you enjoy my site! May the Force Be With You

I’m happy to be part of the Geek Fashion Blogger Alliance. A group set on forming a positive alliance + a community of geeky fashion bloggers. Find our group on Facebook